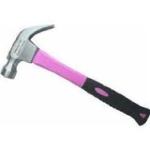 This evening, I bashed a metal garbage can off the wall it was nailed into with my scooter, in a fit of fury.

I had spent the entire day trying to wake myself up enough to tick off at least some of the tasks on an ever-growing list of work and life activities, to little avail. I slept through the million alarms I set for myself, sipped coffee, black, with milk and finally of the cappuccino variety. I walked a block to my neighbourhood coffee shop for a change of scenery and crisp air, carrying my laptop and a folder. In doing so, I over-exerted my knee, which then hurt for the rest of the day and probably took away more of my limited energy. For all you spoonies out there, this was a seriously low spoon day. Even among these last few low spoon weeks.

But I was going to the pool. I had to. It is good for me. It is never a bad idea. These were the phrases I chanted to myself as I worked my way out of my waking slumber and into my heavy winter coat and along the bumpy and pain-inducing cracks on the sidewalk in my scooter. I was going to the pool; that happy place that never lets me down. The place that I enter into feeling frazzled and disjointed, and come out feeling clear-headed and serene, like the glassy surface of the water after closing time.

I was changing, I was showering, that routine that has become almost religious to me. I was doing laps. Left arm up, kick kick, right arm up, kick kick. And so it went for a solid twenty minutes. It felt amazing, as always. I didn’t want to overdo it though, and go beyond the optimal peak of gaining energy and endorphins towards exhaustion again. I had to get up when my alarm goes off tomorrow. No sleeping in with an anemia hangover from nettle tea and the stress of idleness that chronic pain and fatigue can bring.

My swim was over, I was showering and squeezing the water from my hair. I was putting on my stretchy pants and wishing my socks were stretchier as I struggled to pull them over my damp feet. I was putting my hair up, I was back in my coat, boots on, and I was ready to go.

This is when things started to get rag-y. Check it out. My pool is an amazing place. There is a ramp into the water, it’s ridiculously cheap for a yearly membership, the people are chill, its clean, there are lots of windows that let in natural light. The centre has won an award for their level of accessibility. However, tonight, like so many nights before, the automatic door to the accessible change room was not working.

Sometimes when I go swimming I go with someone and so we work out exiting the change room together. When I go on the weekend, there is a kid’s swim time after adult lane time and so there are a million kids and parents who willingly hold the door for me and my scooter. But tonight I was the last one in the change room, no one was walking by, and I was mutherfucking stuck.

I tried to Houdini my way out by opening the door on foot, holding it open with my ass, and driving my scooter out, backwards, while not actually being in the scooter. This, of course, is highly risky for my feet, which were out of necessity, very close to the wheels. One wrong move and 250 pounds of mobility would have trodden their way across my foot. This also requires perfect placement of the scooter before I get out and open the door and maneuver it out. I was not reaching the perfect placement tonight, as I have patiently done in the past. Plan b: I looked for something to hold the door open, growing more and more pissed as I searched. There was this big, metal coat rack on wheels that I tried to prop the door open with, but it wheeled towards the door frame as soon as I let go. There was a foot stool by the water fountain for little kids, but it was too light. So I kicked it instead, sending it down the hall, hoping someone would hear and come out and help me. This is also when I started yelling, “helloooo… I’m stuuck in heeere!” and “yo… YO!”

No one heard me.

The thing is, I could have walked to the front desk, scooter inside the change room, and asked them to come and hold the door. But that would have definitely pushed my knee over the edge of just tired and pain-under-wraps mode, to all out, I’m not walking tomorrow. And when I had come to the pool to do something good for myself, I refused that route. So I went back in the change room, got in my scooter and drove forward – into the garbage can. I was in a frenzy at this point, frustrated and full of rage that they still hadn’t fixed this goddam door, even though I had told them it wasn’t working the last time I had come, and the time before that, (and the nice chick I see on Wednesdays who uses a wheelchair had told them before that). I just bumped the garbage the first time, and it came a little loose, so I backed up the truck and went in a little harder this time. And again. And again, with a thundering reverberation into the empty and locked-up swimming pool by this point. These booming sounds, I thought, would have to elicit some sort of action by the front desk staff, surely to god. But nothing. So I kept ramming that garbage until it went hurling across the floor, hit the wall and ricocheted backwards.

I sat for a minute, digesting the sight of nails sticking out of the wall and the metal garbage and bits strewn across the floor. My rage cooled after having noted my own success at destruction.

Here’s my take on the garbage scene, with the indignation of recent fury still coursing through my veins, and weariness, that effect of daily barriers to access, feeding my analysis: Only people who rely on the automatic door notice when it’s broken. That’s the bitch about accessibility; lacking accessibility features doesn’t piss everyone off, and the less people pissed off about something, the slower it is to change. But if I break things that are essential to all the patrons, maybe it’ll piss them off. Maybe they’ll see, to a lesser extent, how it feels to have something so essential as an exit, broken. If nothing else, I’ll have the catharsis of busting shit up til they fix it

It was really great chatting with @raespoon for this. Thanks Rae
Thanks @raespoon and @fenn4yourself and our team members Hénia and Emiliano. Not easy filming a pair of hooligans while walking backwards hehe
Love laughing at work :)
Advance poll vibes
Honestly, so proud of my Unruly Writers Club community😍
What a great group of artists I got to talk with 💓💃
My Tweets